Disasters are a terrible thing. Normally unexpected, they can leave a nation battered, bruised, and broken. The Japan disaster is indeed a horrifying experience and has left the world speechless. People gathered around and watched a mighty Japan shaken to its core by a record 8 magnitude earthquake followed by a massive tsunami – a towering wall and unstoppable force of water, annihilating everything in its path.

If there is any upside to this event, it is that the brute force and ugly side of nature hit one of the most disaster-resilient nations in the world. While some earthquake-safe buildings still stand, thousands upon thousands of people are feared dead and many more are left homeless, having lost everything in the quake and resulting floods.

Japan might be strong, but its times like these where the world witnesses how fragile a nation, and life itself, can be. Quickly after the events started unfolding, a snowball effect began happening from people and organizations all around the world, who all tried to get involved and offer support. Millions of dollars have already been raised by the help of the Red Cross, private organizations, celebrities, etc. But its still not enough. The nation of Japan have many years still ahead of them of repairing and restoring what has been broken and lost, and any and all donations to help those suffering are still needed. Food, clothes, shelter… every bit goes towards some form help.

Who am I, and why I’m telling you this? My name is Simon, and I am the owner of a new South African vinyl toy and limited edition collectible shop called Vinyl Destination. And I’d like to bring attention  to a new way that you can help those in Japan. I bet you all would agree that there are few things as satisfying than the gift of giving, especially to those who are in need, and one little toy company is really stepping up its efforts to help. Find out how after the jump.

threeA, a Hong Kong based toy company, founded by the supremely talented Australian artist, Ashley Wood, has decided to offer something to those in Japan, and to you! He asks you to donate $55, and in return, he will give you a limited edition Japan inspired toy, called the JDF EMGY Armstrong, delivered straight to your door.

Ok, it is a little more detailed than that. threeA are offering a limited edition version of the WWR Armstrong toy figure for you to buy for one day only (or while stocks last), and every single cent will go straight towards a Japan quake disaster relief charity. threeA is committed to covering all the costs in the production of this toy (including world wide shipping), so that you can be rest assured that 100% of your money will go directly to the victims of the cause. Simple. As. That.

The figure is based on the existing robot character from the threeA universe and is called the Armstrong. It’s from the WWR (World War Robot) line of figures and is detailed in this very special colourway. Aptly titled, the JDF (Japan Defense Force) EMGY Armstrong is coloured in Japan’s signature white and red, and stands 6″ tall. This little mighty robotic guy is built for one purpose – to aid those in need!

JDF Armstrong is going to sell for $55 – that is roughly R380 including world wide shipping and it will be on sale for one day only – today (March 29th)! Or while stocks last. The charity sale starts at 9:00am Hong Kong time which translates to 3:00am in South Africa. For times at other locations, see here.

These figures are limited, so be sure to head over to Bambalandstore.com and grab one! Open your wallet, give a little something to the victims of Japan, and get a free toy while you’re at it!

If you’re too late and missed JDF Armstrong, it is never too late to help the Red Cross’ disaster relief efforts. You can donate on the Red Cross website.

UPDATE: Well, that was quick! Looks like I completely underestimated the power of this cause and the global willingness to help, because this figure sold out in MINUTES! After all the allocated figures flew off the digital shelves, Ashley Wood (@RealAshleyWood) announced this on Twitter:

which is a piss in the ocean considering the plight, but everything helps !Tue Mar 29 02:37:24 via web

so 3A is cutting a check for nearly 30k to japan, THANKS !’, ‘which is a piss in the ocean considering the plight, but everything helps !

That is just incredible. So to everyone who managed to get on this, congrats to you! And bigger thanks should go to 3A and Ashley Wood for setting up such a great initiative. You rock, all of you! :D 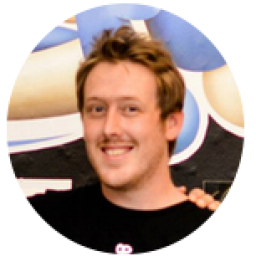