Whether it is carving, jumping, grinding or flying, SSX has it all. From the word go, I am going to say this game is amazing! Being EA’s first next-gen offering of the franchise, the game does not disappoint. The graphics are great, the locations detailed, and it’s very tricky in parts. And the tricks? Well, they just got more insane than before! Find out why after the break.

Fans of the franchise will be happy to know that the characters you have come to know and love are in the game. But EA Canada has introduced them in a unique style. The single player campaign starts with Zoe putting together the old SSX (Snowboarding Supercross) team after Griff, an ex-member and one of the characters introduced in the PlayStation 2 game SSX On Tour, laid down the challenge to successfully conquer the nine Deadly Descents. At each of the nine locations, you are introduced to a new character, whom you must defeat in an opening event to unlock continue with the rest of that location’s events.

After entering the game for the first time, Zoe jumps from a helicopter and deploys her wingsuit. EA decided to use this as the tutorial section of the game. EA also decided, in keeping in line with its other sports franchises including Skate and most recently Grand Slam Tennis 2, to make use of the right analogue stick as a way of controlling tricks in the game. Personally, I am not a fan. I started using the analogue control system and that effort lasted about a quarter of the first race. It is clunky and not as intuitive as, for example, Skate’s control system. I guess it has something to do with the realism of the game. At least in Skate you knew that you were doing a Frontside 3 with a Double Kick Flip. But in SSX doing a FS 2700 while “Walking the Dog” with Mac is somehow very unbelievable. I quickly reverted to the buttons and was immersed in the awesome franchise that is SSX. It was as though I had played SSX Tricky but a few days ago. SSX is not meant to be realistic; it is meant to get your adrenaline flowing and your heart rate up. For me at least, it has always been about button mashing.

EA borrowed data from NASA as a basis for the level design. Once they had actual data for each of the regions, they overlaid their own features and terrain to make the game. Each of the regions has a few runs in it, some overlaying others. The result: a rich gamescape that is at times incredibly tricky! The locations span the globe and include the Rockies, the Alps, and New Zealand, not to mention remote regions such as Antarctica.

There are essentially three types of descent: Race It, Trick It, and Survive It—a race-style descent, a descent in which you must score as much as possible through performing tricks, and a descent in which you must just make it to the bottom alive. Each mountain range has a few preliminary races before building up to that Deadly Descent. Beat the mountains and more locations open up. Diversifying your descent during a race, for example making it to the end without a single retry or boosting over the finish line, earns you credits. These credits act both as your experience meter as well as granting you funds to buy new equipment. More experience means better equipment. Some equipment, such as character suits, do not seem to make much of a difference in the campaign, but they really assist in the online play. Some gear is so essential that you aren’t even allowed to compete until you’ve equipped it. Remember I mentioned flying in the first sentence? This is due to wingsuit gear that you can purchase, and I can sum up the experience in three words: it. is. awesome! The Patagonia run, for example, requires a wingsuit for all the stages in that region, but it certainly isn’t the only place that you can deploy one. It’s fun fun fun, and a great addition to the game.

The campaign is not very long and can be beaten in about 10 hours or less. One feature that the developers added to the game is if you fail a few times at a race, they give you the option to skip the event and carry on. The game is very sensitive in parts and this is great if you’re just looking to have a bit of fun!

The online component of the game is not quite what I had expected. There is no head-to-head racing; rather, you race against ghost-data that the game records and uploads. You lay down a score or time and your friends are given the option to try and beat you. Having an Online Pass is not essential to playing online, but any credits gained while playing online will only be rewarded to you if you have one. Fear not, though, new retail copies come with one, but if you are picking your copy up second hand, you can always buy an additional one (R95 in the PSN store, or 1200 MS Points). There are some great features in the online play including the addition of “geotags” throughout the environments. Geotags are virtual “come at me, bro!” flags that you can lay down on a track, preferably in a hard-to-reach place. It’s a virtual dare to other players to match what you’ve managed to do. Geotags essentially equate to an in-game cash cow if you’re skilled enough, and they accrue credits as long as they stay uncollected by other players. Remember: your credit will continue to accumulate as long as you don’t have an online pass, and they’re awarded when you obtain the pass.

As with all the SSX games, the soundtrack is insane. Featuring the iconic Run DMC It’s Tricky (Pretty Lights Remix) and a host of other thumping tracks, the music in-game is sure to keep your adrenaline levels high! I hope you like your tracks with a touch of extra wub-wub, because this time around you’re going to be treated to a lot of dubstep. Check the clip below for some awesome in-game footage.

At the end of the run, SSX is meant to be over the top and extreme. It’s always been the point of the whole series: taking snowboarding to exciting heights not achievable in the real world. If you are looking for realism, you are probably better off picking up a copy of Amped 3 or Shaun White Snowboarding. SSX contains nothing in terms of technical racing, nothing in terms of technical snowboarding, but it packed full of pure fun and icy exhilaration!

Final Score: 8 adrenaline-pumped prawns out of 10

A Sentient Android is “Born” in Project KARA 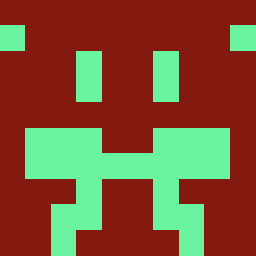