We reviewed Mario Kart 8 for the Wii U when it first came out back over here at this Link (see what I did there?), and if you’ve exhausted all the tracks and characters and wish there were new life in the game, then I’ve got good news for you. Two new cups and eight new track, plus some new characters and vehicles, all being reviewed right here, right now, by me. Let’s race.

The first DLC pack for Mario Kart 8, titled Zelda x Mario Kart contains a lot of stuff, so I’m going to present it as a list for the sake of ease of reading. 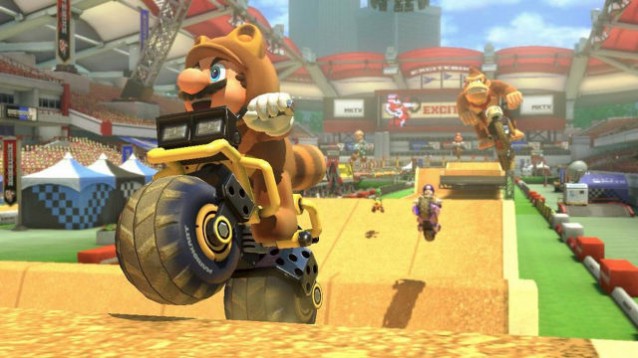 There are three categories of you readers. The first of you have already purchased the Mario Kart 8 DLC and are happily zooming around the new tracks. This review isn’t for you (but that doesn’t mean you should stop reading, so get that mouse pointer away from the back button. Or the close tab button.) The second of you haven’t got the DLC yet, but are planning to soon. This review isn’t for you lot, either. The people I’m looking at are the ones who are on the fence about whether it’s worth purchasing.

This is doubly so if you buy it as a pack that includes the forthcoming DLC pack that releases in May next year (it works out to almost R50 cheaper than buying the packs individually), because the two packs together come with something that you don’t get by buying them separately: multi-hued Yoshis and Shy-Guys!

The whole point of DLC is to extend the life of a video game. You know…like a 1-up mushroom for games. Except that this is a 1-up mushroom with some powers and new courses included. Mario Kart 8 is already one of the best games on the Wii U, and they’ve actually made it noticeably better with some DLC. It’s no horse armour, that’s for sure. What makes this particular pack so wonderful is that there are changes, some subtle, some not so subtle, to the look of individual courses. For example, the Excitebike Arena changes every time you play it. Yes, it may just be an oval track with speed bumps and no antigravity sections, but the positions of the bumps and mud pools differ every time. Or in the Hyrule Circuit, the coins are replaced with Rupees, and there is even a puzzle built into the course, which when completed plays the “Discovery” theme from Legend of Zelda. The Mute City track even feels a lot like an F-Zero game (or a Wipeout game, given the ridiculous number of boost pads lying around!) It’s the little bits of attention to detail that Nintendo is famous for, and this is every bit as pleasing to play as it is to find the changes. The track remakes, in particular, are beautifully faithful to their sources while updating nicely for the Wii U.

No DLC is perfect, and in this case the weak points are Cat Peach and the Ice Ice Outpost course. The course, in particular, is not really that inspiring to drive, since it splits so much, it takes away from the insane jostling that makes Mario Kart so great. It actually feels like two parallel race tracks, and half of the racers are on one of them. Cat Peach, too, isn’t as ..well…fun as Tanooki Mario (who turns to stone when performing tricks!) or Link (someone completely new to the Mario Kart series). We already have three other versions of Peach (regular Peach, Baby Peach, and Pink Gold Peach). Why do we need another? The hole in the character roster could have been better filled with Captain Falcon, in my honest opinion, especially since his track and kart are already representing. My other disappointment with the DLC is that the new characters don’t earn you new Miiverse stamps. I love my Miiverse stamps! (Which I’m still miffed about not being available for use outside of their respective games). 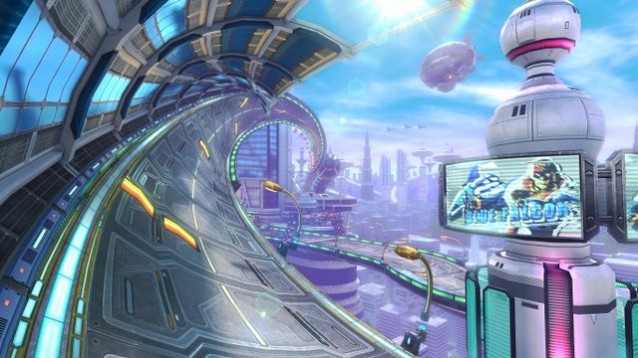 If you’ve been looking for an excuse to go back to playing Mario Kart 8, your siren is calling. What I hope is that this isn’t the last of the DLC for the game, because I want to see other Nintendo franchise characters here. Olimar in a Pikmin-themed car and course? Yes, please! Mr Game and Watch in an LCD-inspired car? Sure! The possibilities are suddenly so great. But Link will do very nicely as a starter. Have I managed to sway you from the fence yet? Good–join me in a race. See you in Mute City!

Detailed information:
Developer: Nintendo
Base Game: Mario Kart 8
Platform: Wii U
RRP: R96 individually, R144 as a pack (eShop, or from within the game)
Website: mariokart8.nintendo.com