Bravely Default made its appearance back in 2013 (reviewed by us here), showing the world a new way to play JRPGs with its “Brave” and “Default” mechanisms. The sequel to the game, titled Bravely Second: End Layer is now upon us, and the game continues the story of Agnés Oblige, the Vestal of Wind who was promoted to Pope at the end of the first game. What else is new in the land of Luxendarc? Come, let’s find out, but mind you don’t step on the goblin.

Because this game is a direct sequel to the original, I’ll allow you one final chance to retreat if you haven’t finished the first game. There are spoilers ahead. If you have already completed Bravely Default—or don’t care much about the ending—then feel free to read on. The Spoiler Warning of Spoilery Doom has descended and will not lift until the end of the review.

In Bravely Second, Pope Agnés is kidnapped by the Kaiser Oblivion, and her faithful bodyguard Yew Geneolgia sets off on a quest to save her. On the way, he gathers Agnés’ old allies, Edea Lee and Tiz Arrior, while gaining a new companion along the way: Magnolia. Together, the team must fight through the Kaiser’s armies and henchmen to save Agnés. As far as direct sequels go, anyone who played the first game will feel immediately comfortable with Bravely Second in their hands. The system looks and plays almost identical to the original, with some minor differences and caveats. For one, the script was written by a different team of writers, so the entire tone of the game is notably different from the original. Likewise with the music, although I’m glad to say that the art direction remains the same. The artwork for the cities and towns is absolutely beautiful. The game’s battles and class systems are almost identical, too.

One of the bigger differences that I miss is the difficulty selector from the first game, allowing you to grind really quickly should you need to. In its place is the “Bring it on” mechanic, allowing you to get straight into another fight from a prior one to amass crazy amounts of experience points, with the payoff being that if you lose, you lose all the experience you’d amassed during the chain of fights. In theory it’s the same idea as the difficulty slider, but you still need to run around a region to trigger the first fight, and there’s no way to back the difficulty down so you can concentrate on story instead of battles. In addition to the Brave/Default mechanic, the game also introduces a new one: the Bravely Second (from whence I imagine we get the name). This mechanic allows you to muck with time so that you can perform other actions such as healing or attacking preemptively. The downside here is that using the Bravely Second costs another resource that you can obtain either by putting the 3DS in sleep mode, or by purchasing said points online. 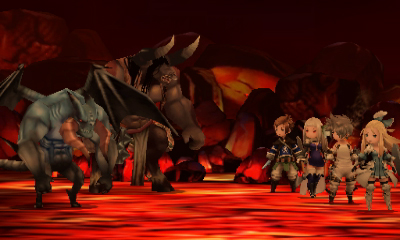 Like the first game, Bravely Second allows you to change your characters’ jobs, which brings along a whole host of new abilities. In addition to the jobs from the first game such as Merchant and Performer, there are a whole slew of new ones—such as the Catmancer and the Exorcist—to work with, giving you even more abilities to play with. The new jobs are fun to play around with, but it does add to the load of accumulating points when grinding for levels and abilities. And also, sometimes I wonder just how seriously this game takes itself. I mean…Patissier as a job, where you poison your enemies with food? Really? 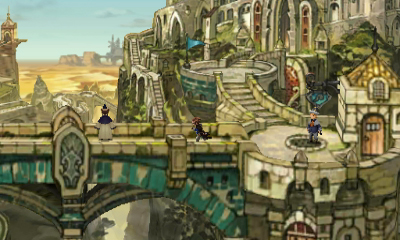 Many of the social aspects of the first game make a reappearance here. Like before, you can summon friends to help you in battle, or send attacks into the Internet for someone else to use. The village rebuild is also back, except instead of Norende, you’re now rebuilding on the moon. This makes perfect sense within the context of the game, by the way. The social aspects of the game don’t feel as organic as the original game. I don’t know if my experience is just tainted by how much I enjoyed rebuilding Norende, or if I was just tired of social gaming, but I didn’t feel as interested in this section of the game as before. And as before, there are massive monsters to fight off, but you can happily go finish the game without ever bothering with them.

To be honest, while I enjoyed a return to the world of Bravely Default, this one is strictly for the fans of the original game. There are so many references and nudges at events from the original that anyone coming into this without having played Bravely Default will be somewhat a loss as to characters and events. I tried to imagine playing this game from the view of someone who had not played the first game and things don’t look too favourable. On the one hand, it’s still a fun JRPG, despite the decay between the two games. On the other, it’s more Bravely Default, so if you enjoyed the first game, or love JPRGs, you’re probably going to want to get your mitts on this game too. 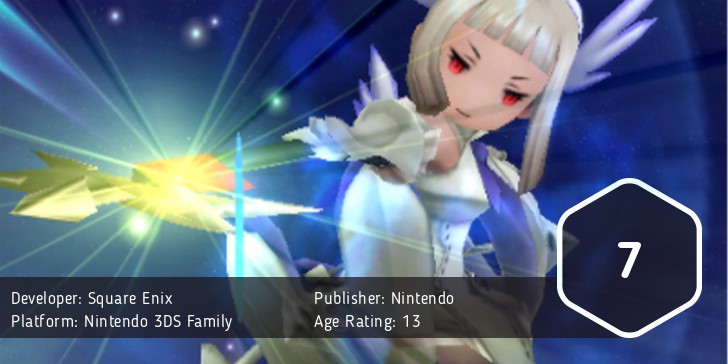