Rhythm games and shmups! Who could want for a more unlikely mix of game genres? Well, Russian game developer Nekki has you covered in Beat da Beat, a retro-style game appearing on PC for the first time after seeing successful releases on iOS and Android. Since I never played it on smart device, this is my first experience with the game. Let’s see if I can be a slave to the rhythm.

Not that the game needed a story, but the story of Beat da Beat is that some space-age DJ is enjoying a picnic with his girl when, wouldn’t you know it, an alien force comes by and steals her. Don’t you hate when that happens? His only recourse is the power of EDM and dubstep, so he hops into his little spaceship and blasts off for bullet hell. The game’s limited narrative, animations, and even the tutorial are all filled with a quirky kind of humour that I personally found appealing. 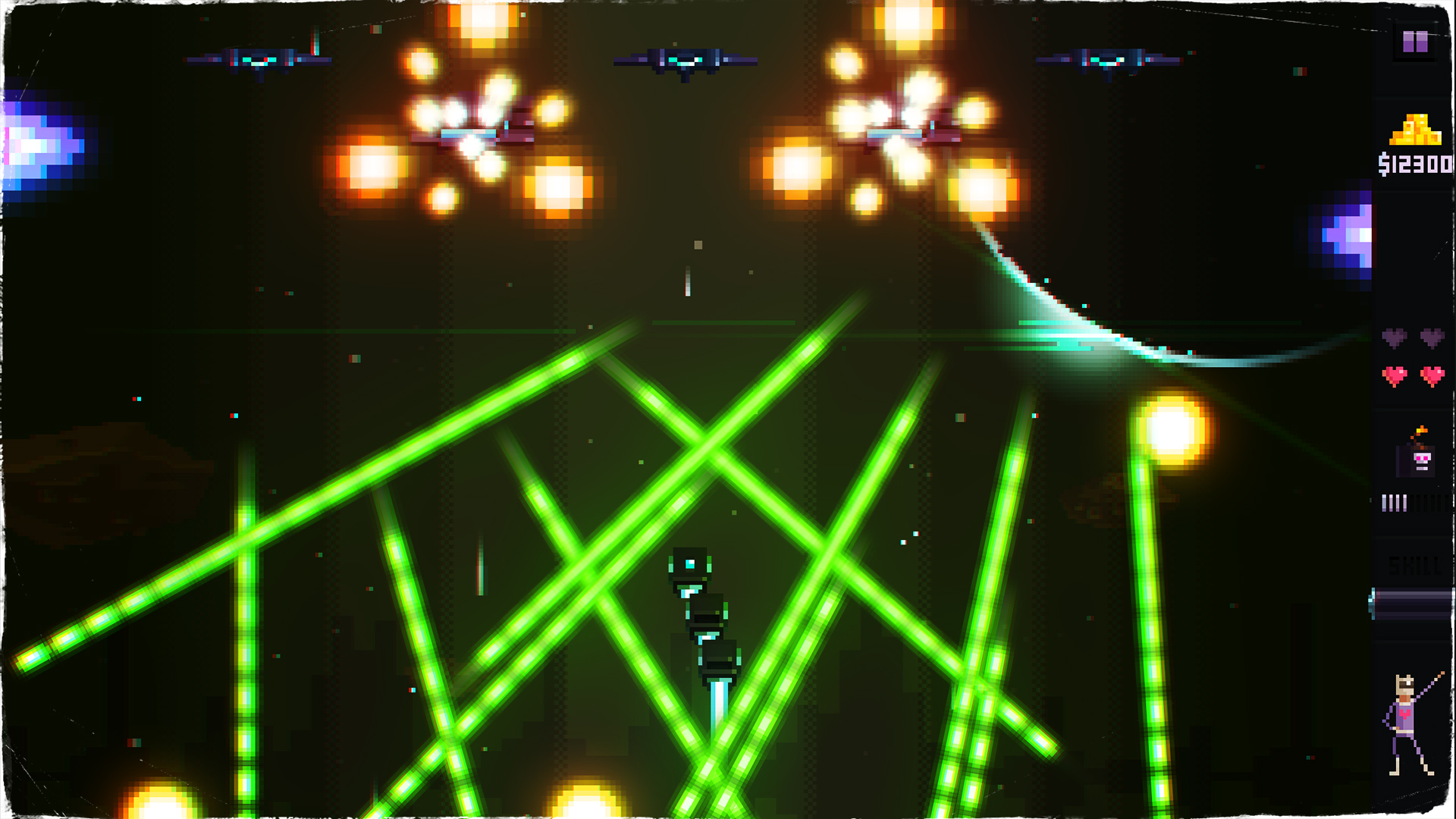 In practise, Beat da Beat plays very much like an arcade bullet hell shmup with some EDM-y dubsteppy tracks and a line of constantly upgradable ships. Each enemy you kill drops money, and you can spend this dosh on upgrades or new ships. The problem, of course, is amassing enough cash for the upgrades, and since it’s a bullet hell game, expect to die a lot. There’s a saving grace, though: your ship’s hit area is tiny, and consists of the small white box at the center of the ship. Enemy fire can buffet the rest of the ship as much as you want without so much as a pixel of health lost. The other side of this is that there are often so many bullets on-screen at once that just deciding which way to move is draining on the brain.

Beat da Beat is fun, sure, but the constant grinding got to me, and the new ships got expensive quickly enough that the later ships required a lot of grinding, even on the harder difficulty settings. Dying meant starting from the beginning again, too: I can only hear the same first level song so many times before I get bored of it. And even though you can practise levels that you’ve unlocked, you still have to play the main mode through to unlock them. My biggest issue is just how misleading the title is, though: beat and rhythm are only peripherally related to gameplay. Sure, the bullets appear on the screen in a rhythmic fashion, but requires no sense of rhythm from you to dodge. 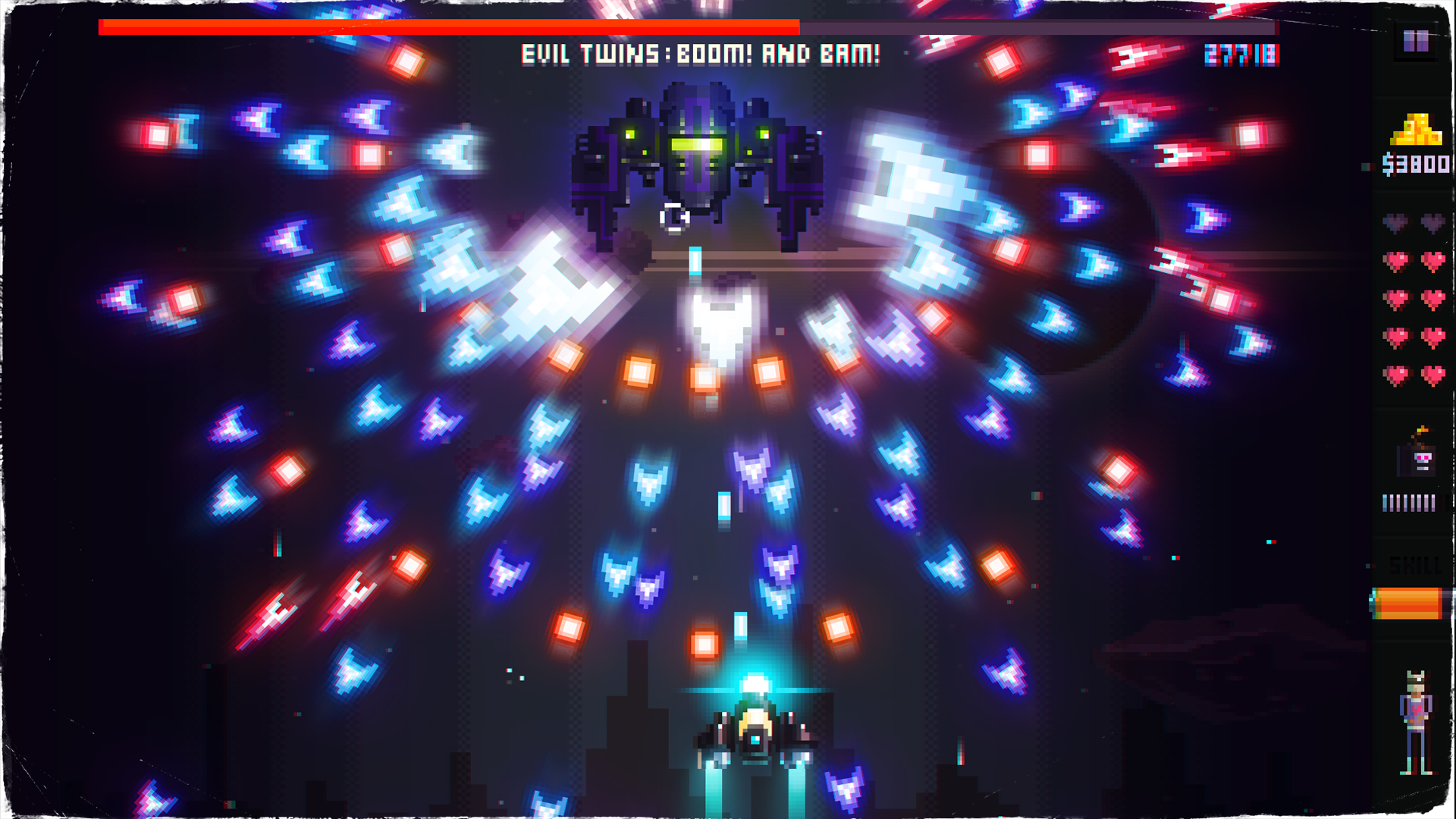 On the one hand, the game is fairly pretty. It’s difficult to go wrong with the retro aesthetic. It’s also difficult to go wrong with a shmup. And if you like shmups, you’ll have plenty here to keep you busy. On the other hand, if EDM is not your thing at all, you’re better off staying away. The game is stuffed to the stars with this kind of music; if it is your thing, you should pump it up to 11 because what it offers is pretty good EDM and fairly challenging gameplay to keep you around for a while. 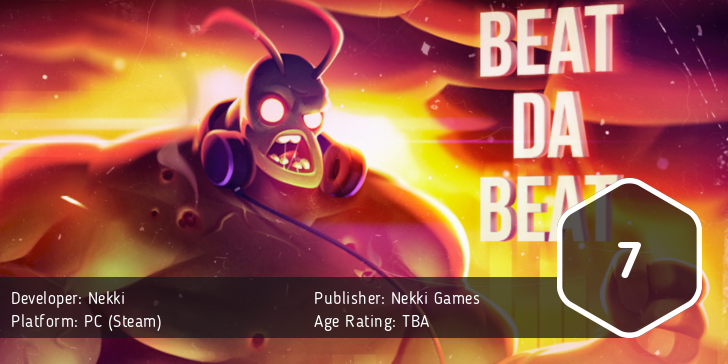