Hyrule Warriors was a Wii U game, released in 2014, that played like Dynasty Warriors set in the Legend of Zelda universe. If you have no idea what I’m talking about, by the way, you’re missing out on two extremely fun game series and you should be extremely ashamed of yourself. The 3DS now sees its own release called Hyrule Warriors Legends, and it was a huge surprise given the amazing amount of detail and action that went into Hyrule Warriors. Can the little console keep up with its big brother? I grab my Hero’s garb and Master Sword and charge at the hordes of moblins to find out.

For those who never played the original, the story of Hyrule Warriors is not part of the official Legend of Zelda canon (and, according to Word of God, takes place in a parallel universe), and for some very obvious reasons, given the characters who take take part in the game. The basic story is that an evil force in the form of Cia the Sorceress has overrun the land of Hyrule with her evil army. Princess Zelda, along with Impa her swordmaiden, and a talented recruit into the Hylian army, Link, attempt to repel the invading army. Their adventure will take them through Hyrule’s timeline, sealing off the madness that Cia has wreaked. Along the way, they’re joined by several other powerful characters across the Legend of Zelda timelines. Hyrule Warriors Legends also introduces us to Linkle, a woman who wears the green garb and believes herself to be the Hero of Legend.

Hyrule Warriors Legends sees you taking the part of any number of Zelda-universe characters and almost literally beating the snot out of armies. It’s more than just a little satisfying watching hordes of foes go flying through the air at the sweep of your sword. The main heroes of the game are ridiculously overpowered, and this is made ever more evident by the abundance of fairly useless troops you escort around each mission’s map. The basic concept behind each level is that you have to capture a series of forts around the level, but this can be complicated by the appearance of monsters and bosses, or by the sheer ineptitude of the vast Hylian army. Expect each stage to last within the region of about 20 to 40 minutes; you’re given an hour to complete each one. Furthermore, as you defeat enemies, they drop goodies that you need to upgrade each character. Since each character requires their own list of stuff, it becomes a challenge later to find and kill the required baddies for the materials you need.

It becomes fairly clear early on that this is no simple Dynasty Warriors game with a Legend of Zelda costume, nor a Legend of Zelda game with a Dynasty Warriors coat of paint, but rather a very clever marriage of the two game genres. I’d actually love to play more games with this sort of clever marriage of genres. For example, the characters, story, and even the items and weapons are all very clearly Legend of Zelda. But seldom before have you been allowed to play as so many of the side characters. Furthermore, there are no puzzle-based dungeons to be found here, and no overworld to explore. The game is about building cathartacism, not building worlds. 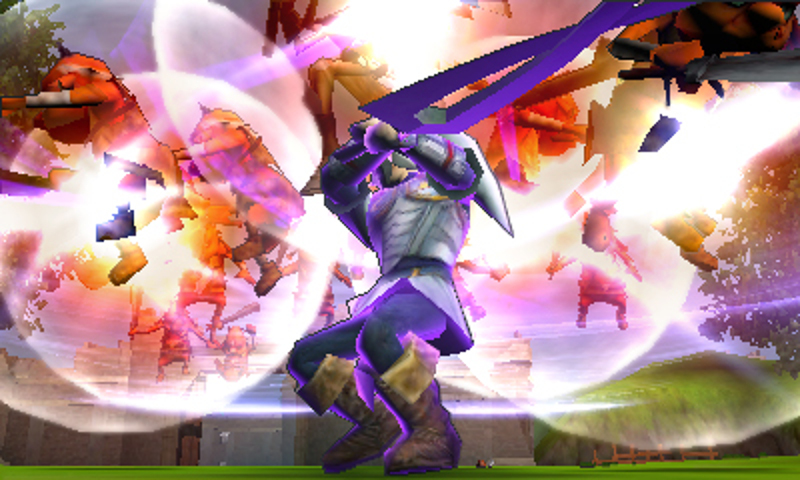 In addition to the main Legend mode, there’s also an Adventure mode that seemed to occupy more of my time than the main mode. In it, you’re presented with a map from the original 8-bit Legend of Zelda, and you’re tasked with exploring it. Exploring, in this case, means fighting a battle with very specific conditions, such as battling an onslaught of giant boss monsters, or an army of darknuts, or killing a specific number of enemies within a given time limit. Finish the challenge, and you’re awarded stuff that you can use to expand and explore the map. Finishing WELL gives you all sorts of extras that make life even easier, and help you find more treasures in other map sections. It’s a veritable time sink, which is ironic because each battle is much shorter than the main Legend battles, so your perception of time passed skews.

If you’ve played the Wii U Hyrule Warriors, is it worth getting Legends? Seeing how the two games don’t support cross-save, you’d have to replay everything from the start again. If you really really enjoyed Hyrule Warriors, it’s worth doing again. Furthermore, Hyrule Warriors Legends contains every bit of DLC from Hyrule Warriors, and a few more besides. Legends also does something that Warriors currently doesn’t: allow you to take control of other characters on the battlefield on the fly; you simply tap that character’s portrait on the touch screen and you’re warped to that character’s point of view. This is really handy for getting to different sections of the battlefield quickly to deal with threats as they arise. One last new feature is “My Fairy”, which allows you to grow and customize a fairy that you can deploy during battles. It’s more fun than it sounds like. 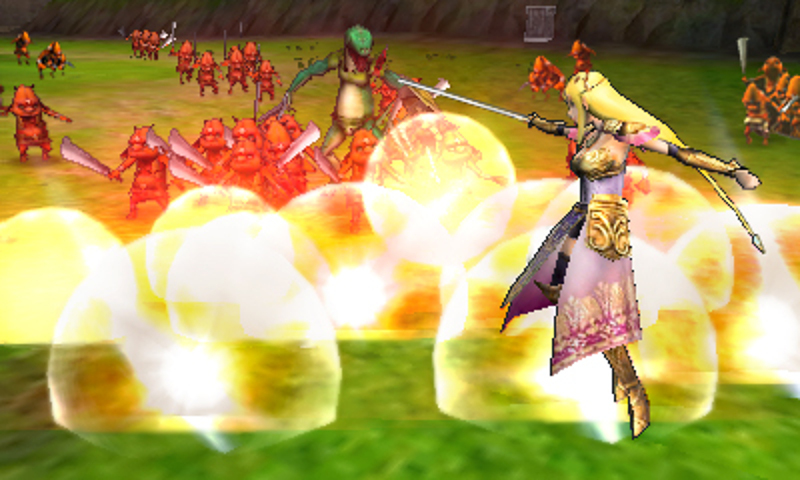 I played Hyrule Warriors Legends on a New Nintendo 3DS, but I understand that even though the game is supported on the old model, it’s severely hobbled. Enemies pop out of nowhere, the textures look blurry, and you don’t get to use the 3D function. Even worse, no C-Stick for camera control, making it nearly impossible to find hidden treasures on the battlefield. If you want to seriously enjoy Hyrule Warriors Legends, it’s worth it to put down for the upgraded 3DS. Added bonus: you can then also enjoy the excellent Xenoblade Chronicles, which we reviewed back here when it released.

For all that I enjoyed about Hyrule Warriors Legends, there were some aspects I didn’t take too well to. For one, it’s difficult to recommend as a portable game, since each battle session lasts in excess of 20 minutes at a time. Then there’s all the grinding required to fulfil upgrade requirements at higher levels, and with a massive roster of characters, if you want to unlock all their abilities, you’re going to be replaying a lot of levels an indecent number of times. I must reiterate here that if you’re going to try playing it on a standard 3DS, you’re not going to get the same experience; it really is worth the upgrade.

For players new to the game it’s a real treat to watch Link and his fellows take on so many enemies at once. The game has a lot more depth and tactical gameplay than you’d think upon first glance. As it stands, Hyrule Warriors Legends, paradoxically, is the definitive version of the game, since it contains so many improvements over the original. The ability to switch characters mid-battle is worth the price of re-entry. Provided you’re enjoying it on a New 3DS, it’s a solid game with solid gameplay and plenty to keep you busy for many hours to come. 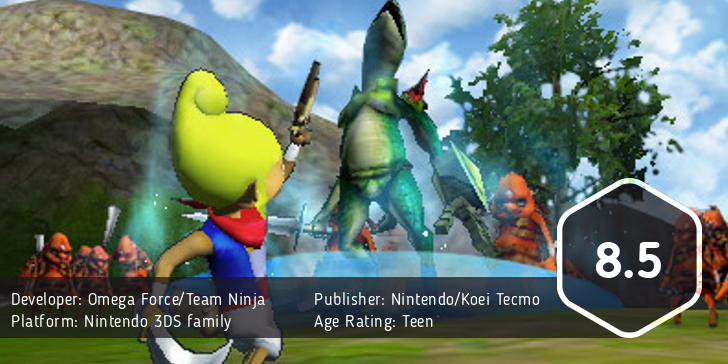