Codemasters has been pumping out quality racers like no other studio in recent memory. From Fuel to Grid to their fairly recently acquired F1-license, their racers are almost always met with universal aplomb, always delivering polished experiences for the motorheads out there, and the Colin McRae DiRT series is certainly no exception. Offering a symbiotic mix of compulsive progression, accessibilitym and diversity, its end result has never been anything less than pure unadulterated fun. DiRT3 continues this trend (sans the Colin McRae prefix) and while it’s more of a slight evolution than a revolution, you’ll be hard pressed to find a more instantly gratifying racer. Read my full review after the jump.

Your first point of entry will be the single player campaign — a (mostly) addictive run through a mixture of point-to-point Rally events, Rally Cross, Land Rush, Trail Blazer, the excellent Head 2 Head challenges, and the obligatory new discipline added to the proceedings, Gymkhana. Narrated in large part by the rather subdued Ken Block, the Gymkhana events (in essence a playground for you to perform a variety of “tricks”)  are the only slight misstep in an otherwise fantastic single player campaign. While all the other events rightfully put an emphasis on racing, the Gymkhana discipline breaks the flow of these races, replacing the focused racing element with something that has very little in common with racing. In fact, the only thing it shares with racing is that it utilizes a vehicle to achieve its goal. 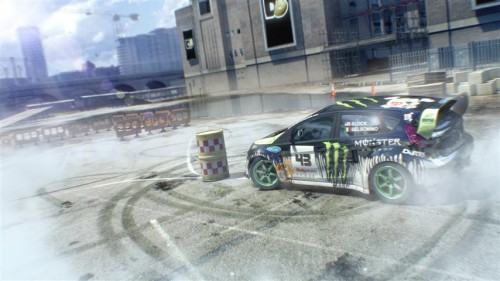 While DiRT3 is for the most part extremely easy on the Normal setting (for optimal racing pleasure, the Advanced setting is the only way to go), the Gymkhana events are by far the hardest to achieve a Platinum rating on, and progression through a season will sometimes require you to achieve a podium finish for these events before you can continue to the next season. Admittedly, one’s proclivity towards Gymkhana is entirely subjective, but it continuously felt like I was being side-tracked from the actual meat of the game. Perhaps if it was left separate to the main campaign as an included bonus for those who find pleasure in things such as donut-spinning on the tarmac, I would be less annoyed by it, but unfortunately it rears its head through most of the single player campaign. 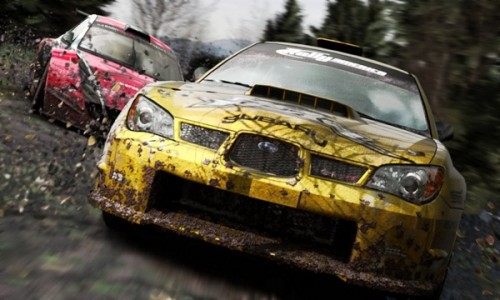 So, just a slight misstep then. The racing itself is glorious, never taking itself too seriously, yet it features the tightest handling yet for the DiRT series. The traction between road surface and tyre is phenomenal. Everything from tiny potholes, grooves in a dust road, thick snow, or graveled roads are all felt as you drive, offering just the right amount of resistance, slide, or grip, depending on the surface. Break a side window in cockpit view, and the sounds of the engine, wind or rain are amplified — just another example of how the little details in this game make for a much more immersive experience. Races earn you “Rep” points which unlock more cars and liveries. Complete additional objectives within races, such as achieving a certain top speed, and you are rewarded with a bonus amount of Rep points. The flashback system — essentially an option to reverse unfortunate driving errors — also makes a return, a feature many elitist racers scoff at, but it’s entirely optional. 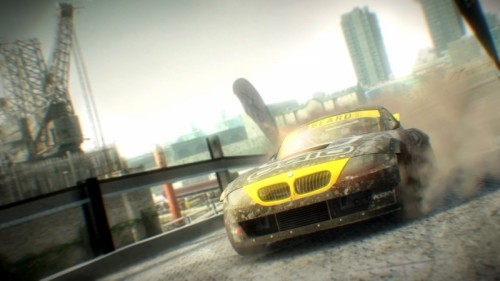 Distracted by the view

Codemasters has also managed to create one of the best looking racers out there. From the slick design of the menu system to the variety of locations you’ll be racing through, DiRT3 is gorgeous to behold.  The fault with many of my crashes can be laid squarely at the feet of the visuals. Whether you’re racing through the sombre, rain drenched roads of Finland under a blackened sky, or the ephemeral autumn forests in Michigan whilst trailing red and yellow leaves, the game is visually stunning. Time-of-day and weather changes, particle build-up, and crash animations are all beautifully implemented, while still managing to maintain a solid technical performance. Frame rates are surprisingly stable throughout, and the only “technical” issue I have with the game is the rather long and frequent load times. Loading the main menu often takes just as long as loading a new track or event, and you’ll be doing plenty of jumping around between them. 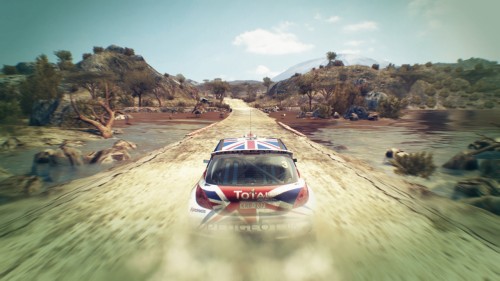 Leader of the pack

The multiplayer portion is immense fun, mirroring the single player in most of its events and challenges, but here leveling up occurs by winning fans (the higher your finishing position the more fans you earn), and completing secondary objectives also earns you Rep points for the single player campaign. Jumping into a race is a breeze, the matchmaking system works extremely well, and lag is either very well hidden or pretty much non-existent.

If you’ve been a fan of the DiRT series, DiRT3 will only solidify its credentials for you. It’s mostly more of the same, and if you’ve just come off DiRT2 you may be less enamored by the experience than someone just jumping into the franchise. Only the well-meaning-but-ultimately-overbearing Gymkhana events are a slight annoyance, but overall this is the best current-gen arcade rally racer available. It’s a well rounded, technically impressive package, and it’s here that Codemasters is already head and shoulders above most of its competition.

We are all subject to opinion.

I personally loved Gymkhana, I just couldn’t get enough of it. They did a really great job making it one of the most fun events in DIRt3.

I felt it added a new dimension to an already awesome game.